People who suffer chronic pain in their backs or necks are often the victims of a herniated disc.

Your spinal column is made up of bones – called vertebrae – that run down your back, connecting your skull to your pelvis. The purpose of your vertebrae is to protect the nerves that run from your brain, down your back, and then to the rest of your body.

Each of your vertebrae is connected by cartilage discs filled with a gelatinous substance that cushions the vertebrae along the spinal column. A disc becomes herniated when all or part of the soft, gelatinous central portion breaks through a weakened section of the disc.

A herniated disc can happen for a number of reasons. One of the main reasons is simply the aging process. Often as we get older, the center of the disc may start to lose water content, making it less effective as a cushion. Most herniation takes place in the lumbar (lower back) area of the spine, and occurs most frequently in middle-aged and older men, especially if they’re involved in strenuous physical activity.

Once a disc becomes herniated, it can press on the nerves in the spine, causing pain, numbness and tingling in the extremity.

Once a disc becomes herniated, it can press on the nerves in the spine, causing pain, numbness and tingling.
Herniated Lumbar Disc (back), symptoms include:

About 80 – 90 percent of patients with a herniated disc will improve without surgery. Most physicians will treat their patients first with non-surgical methods that may include:

Physicians often combine a number of these non-surgical methods with the goal of reducing the irritation of the nerve and disc, improving the patient’s physical condition, increasing overall function, and reducing pain. Time is our ally in this process. Most nerve irritation (and thus pain) will subside in time.

Surgery may be offered if non-surgical methods fail to relieve the pain enough for you to resume normal activity. The goal of surgery is to remove the portion of the disc that is pressing on nerves and causing pain.

The most common surgical procedure for both a herniated lumbar disc and a herniated cervical disc is called a discectomy or partial discectomy.

For a herniated lumbar disc, the discectomy is performed with the patient lying face down on the operating table, generally in a kneeling positing. Dr. Blankenship then makes a small incision over the herniated disc and pulls back the muscles over the spin back to expose the bone. He will remove the herniated disc and any loose pieces until they are no longer pressing on the nerve. He’ll also remove any bone spurs to make sure the nerve is free of pressure. 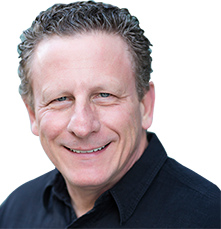 Introduction to the
XLIF PROCEDURE

Helping you heal through
POST-OP CARE